STEM Is the Future

According to the World Economic Forum’s The Future of Jobs Report 2020, it is estimated that 85 million jobs may be displaced by 2025 for failing to respond to the demands of a future marked by a new division of labor between human beings and machines and algorithms.

Instead, 97 million new jobs will be created to better adapt to needs that have come to the fore following the global health crisis of the COVID-19 pandemic. Two such examples are automation and digitization of labor roles and processes.

To face labor uncertainty, educational centers focus their efforts and resources on training professionals with flexible profiles, strong problem-solving skills, and a great capacity for adaptation and innovation. The idea is to adjust to the changing course of the workplace.

Analytical thinking and active learning will therefore be essential skills. But many other skills will be required too, many of which are integral to the educational methods applied by STEM careers (Science, Technology, Engineering, Mathematics),  which are geared toward meeting the new technological demands.

In light of the ever-growing relevance of studies related to science, technology, and mathematics today, the low female enrollment and underrepresentation of women in STEM majors is worrisome.

As for the gender gap in Latin America, the Organization of Ibero-American States (OEI) reports that this region sees some of the greatest inequalities between women and men worldwide within the STEM fields. What’s worse, the percentage of participation of women within the sciences is decreasing rather than growing, which has given rise to what is known as “the STEM gap.”

This dynamic trend is symptomatic and, unfortunately, it speaks for a model that is embedded in today’s society. The differences go beyond the scope of school and university: salaries of women working in STEM fields tend to be lower than those of their male counterparts and, furthermore, there continue to be problems of work-life balance, discrimination, and sexism that increase the possibilities that they abandon their careers. 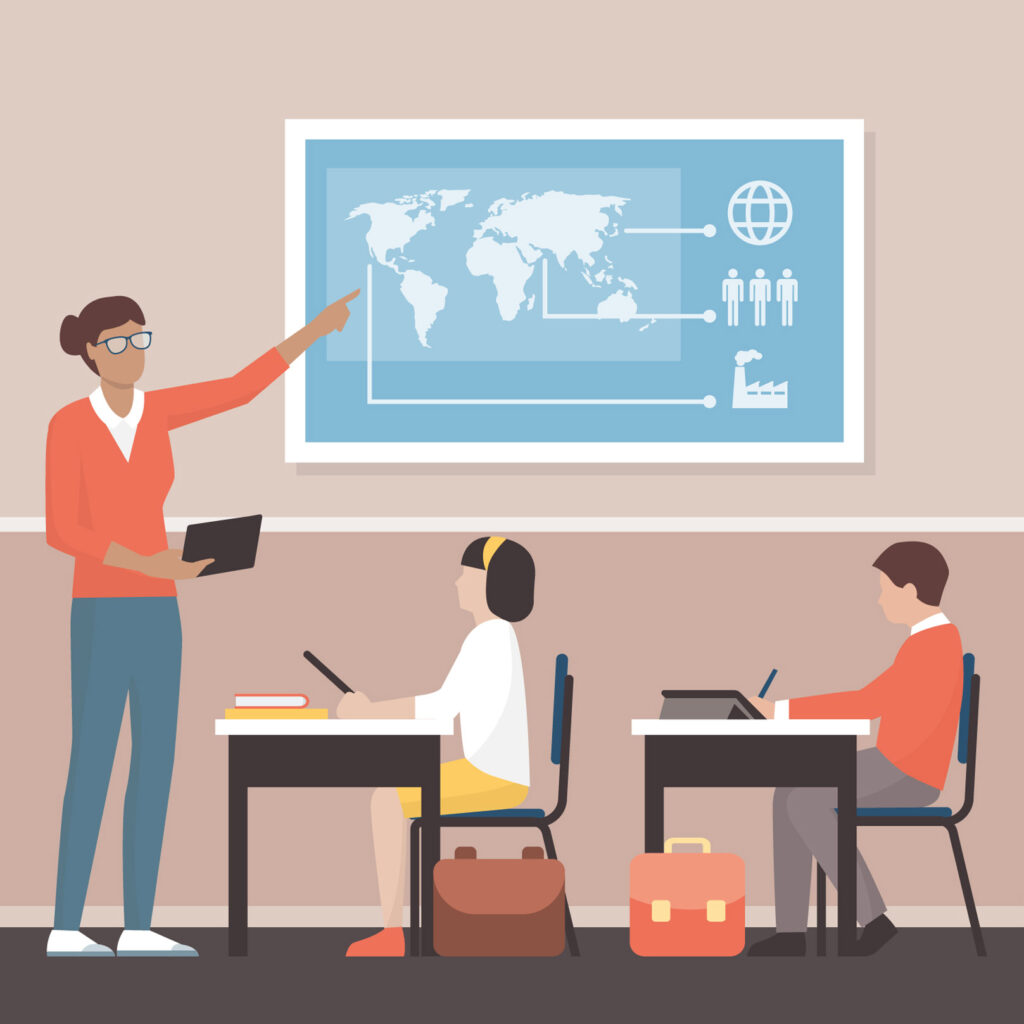 In the face of this data, the compelling question to ask here is: how come gender inequalities persist in a field where female talent stands out in a significant way?

The Teacher as the Driving Force for Change

STEM careers are gender-free and have great potential for the future. Diverse teams are more efficient, productive, and creative. The education of women in STEM careers is a key factor in the development of the economic potential of any country. However, the underrepresentation of women in science careers in Ibero-American countries hampers the opportunities for development of cutting-edge sectors and slows the growth of technological capital.

Positive reinforcement for female students, visibilization of the diversity of professionals who are in STEM fields, fostering a culture of participation rather than encouraging competitiveness… At the International Science Teaching Foundation (ISTF) we are confident that teachers are the driving force behind the change, the catalysts for a revolution that will affect everyone in the same way. This challenge involves breaking stereotypes and the perception–⁠internalized from an early age at home and in school–⁠that technology is an exclusive reserve for men.

With this in mind, among other purposes, ⁠Science Bits and Math Bits were designed as two projects that advocate for quality science and technological education and actively involve students in learning science.

We believe that the implementation of new teaching methodologies can be key in reducing gender inequalities in STEM careers. In addition, it can encourage new generations to take an interest in and contribute to the development of STEM fields.

We commit ourselves to pursue a future that is free from any form of discrimination. We firmly believe that education is the only way to transform a society that, despite moving forward in great strides, still has to free itself from the burden of unfounded beliefs that belong to times past.

We all know that DNA analysis is useful in identifying criminals who have made a mistake by unwillingly leaving a sample of their body (skin, hair, saliva, etc.) at the scene of a crime....

It is undoubtedly one of the most important scientific discoveries in history.  Science, the prestigious scientific journal of the American Association for the Advancement of Science, has considered the development of...

STEM Is the Future According to the World Economic Forum’s The Future of Jobs Report 2020, it is estimated that 85 million jobs may be displaced by 2025 for failing to respond to the demands of a future marked by a...

Information about our use of cookies: we use our own and third-party technical, analytical, and advertising cookies in order to analyse your browsing habits, show you personalised ads, perform web usage statistics, and remember your preferences. For more information and configuration options, please visit our Cookie Policy.
Accept Reject
Manage consent