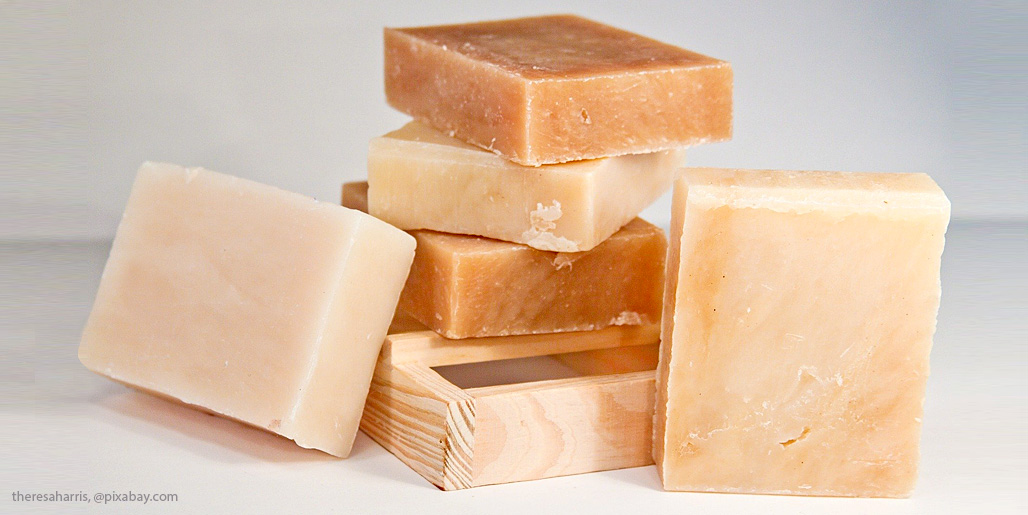 In ancient Babylon, Egypt, Greece, and Rome, soap was being made by boiling animal fats and wood ashes in water. This practice was probably imported to Europe around the 6th century BC by the Phoenicians, merchants who used soap to wash the fabrics they traded for other goods. Despite this, the use of soap for personal hygiene is not mentioned until the second century in the writings of Galen, the most accomplished medical researcher during Antiquity. Galen also noted that soap had a number of benefits for the skin. Contrary to popular belief, soap production and use were widespread during the Middle Ages, particularly among higher social classes. Spain produced the most soap during the ninth century, later to be followed by Marseilles, Genoa, Venice, and Savona, places rich in oil and caustic soda. But by the late Middle Ages, the use of soap declined when people turned to perfumes to cover up their smells. People only started using soap again regularly for personal hygiene in the nineteenth century.

CAUTION: caustic soda is highly corrosive! You must take security measures and avoid contact with skin or clothes. If this should happen, wash with abundant water and soap.

Oils are formed of long molecules called fatty acids. These molecules, called hydrophobic (“scared” of water”), don’t mix with water. When lye is mixed with oil and water, the soda releases sodium cations (positively-charged sodium atoms or Na+), and these attach to the end of fatty acids. As a result, an asymmetrical molecule forms: one end of the chain is water soluble (hydrophilic) and the other end is not (hydrophobic). These are the ever so peculiar soap molecules.

When soap comes into contact with water, the soap molecules arrange into minute clusters called micelles. The hydrophilic part of the molecule points outwards, forming the outer surface of the micelle, whereas the hydrophobic part groups on the inside. The fats (or fatty particles) in the stains are attracted to the inner hydrophobic part and separate from the surface of the fabric or skin. This creates an emulsion (fatty molecules held in suspension in the water). The emulsion washes out with water. 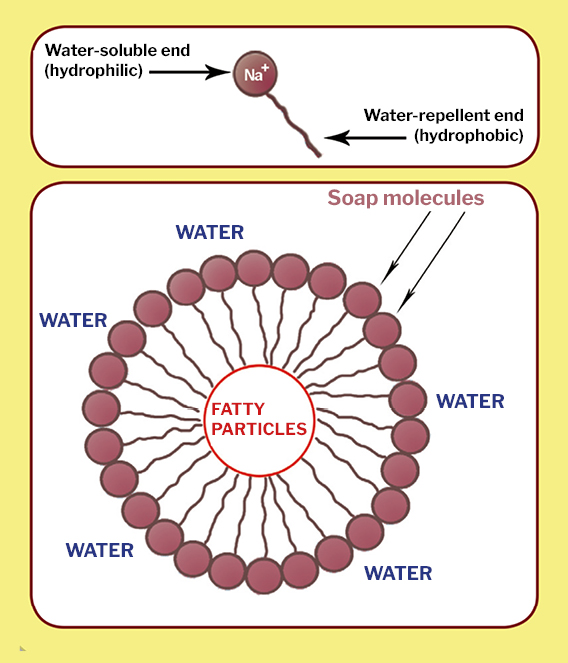