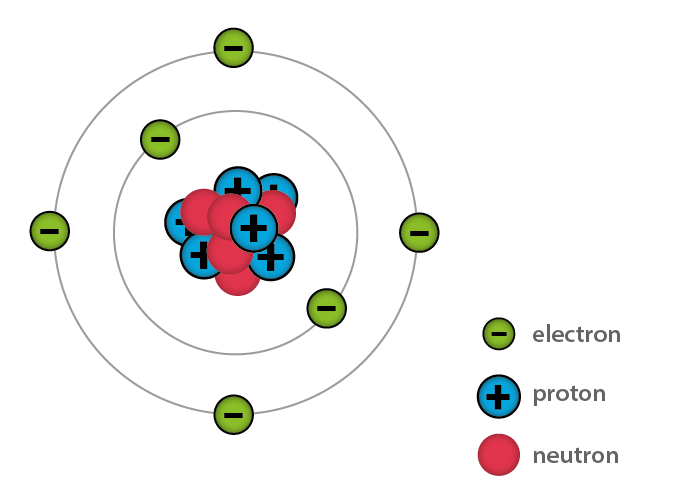 All the objects we see are made up of tiny particles called atoms. Although the word atom means “indivisible,” atoms are made up of even smaller particles. We did not know this when the atom was named. The particles that make up atoms are called protons, neutrons, and electrons, and they are very different from each other. One way they are different is the electrical charge. Protons have a positive charge, electrons have a negative charge, and neutrons have no electrical charge, they are neutral.

Atoms usually have the same number of protons and electrons, so positive charges and negative charges offset each other, so the overall charge of the atom is neutral. But if we rub two objects against each other, some electrons can move from one atom to the other. Atoms that gain new electrons acquire a negative charge, whereas those that lose them become positively charged. When charges are separated like this, it is called static electricity.

Static electricity is the imbalance of positive and negative charges. 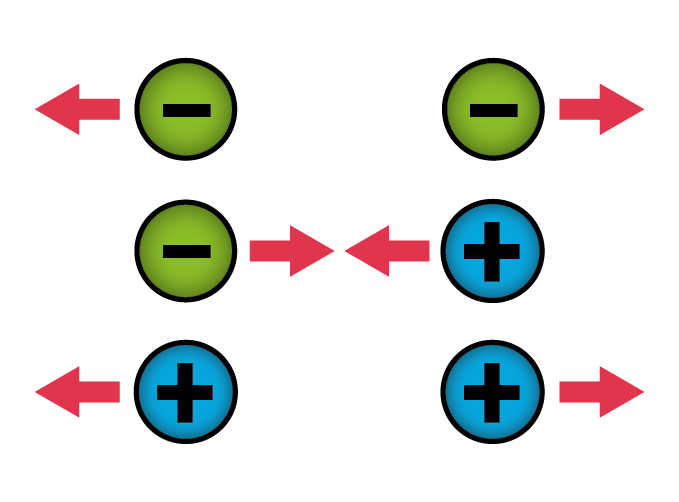 If two things have opposite charges, they attract each other; if they have like charges, they repel each other. This explains why your hair stands on end when you take off a sweater or a wool hat. When you do that, the hat rubs against your hair, and some electrons move from your hair to the wool and in this way each of the hairs become positively charged. Things with the same charge repel each other. Therefore, the hairs try to move away from each other. As they are tightly rooted in our heads (luckily), the best thing they can do is to stand up, away from all the other hairs.

The more you rub two objects together, the more electrons move, and therefore the larger the charge that builds up. Scientists believe that it is not friction that causes the electrons to move, but simply the contact between the two materials; friction only increases the contact area between them.

When we rub two materials together, electrons from one material move to the other. What material will release electrons and what will it accept?

Scientists have classified materials based on their ability to hold or give up electrons. This classification is called the triboelectric series. Here is a list of some common objects: 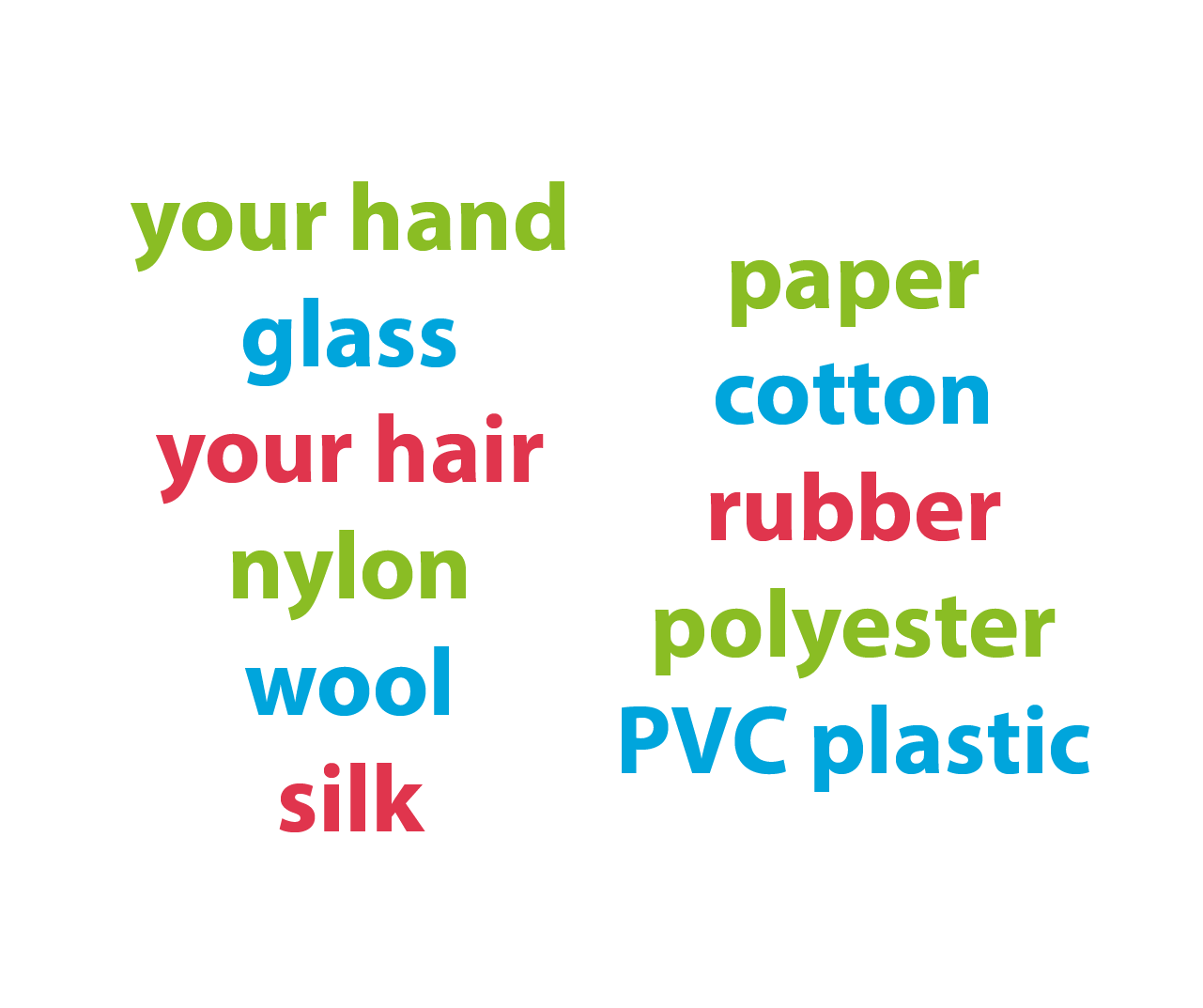 Under ideal conditions, if two of these materials rub against each other, the one higher on the list gives up the electrons and becomes positively charged. You can see for yourself by experimenting with them.

Charge is neither created nor destroyed …
When we charge an object with static electricity, we neither create nor destroy electrons, nor do we make protons appear or disappear. Electrons just move from one place to another. Therefore, the overall charge remains. This is called the principle of conservation of charge.

Winter-Summer
We usually only notice static electricity in winter when the air is very dry. During the summer, the air is more humid. The water in the air helps the electrons to quickly move off your body because water is a conductor; that’s why we can’t build up enough static charge.

Lightning
Lightning is a phenomenon that consists of the discharge on the ground of static electricity that has been generated in the clouds by the friction of the ice crystals they contain.