The coast of Peru is inundated with the remains of magnificent pyramids. Archaeologists have discovered that these mysterious monuments that resemble those of Egypt were erected between 6,000 and 3,000 years ago. At the end of this period, however, they were suddenly abandoned. What happened to the civilization that had gone to such great lengths to build them? Daniel Sandweiss, a geologist at the University of Maine, USA, claims that the decline of this civilization is due to El Niño, a phenomenon that has important consequences for the weather around the Earth. This phenomenon still exists, and according to the observations of meteorologists, will come into action at the end of 2006. 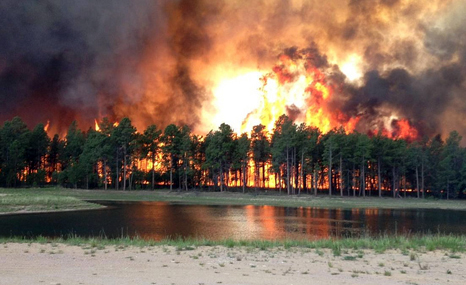 According to Sandweiss, the El Niño phenomenon began about 6,000 years ago. At that time, heavier rainfall started to hit the coast of Peru, and this led to the flourishing of a new civilization. But some 3,000 years later, this phenomenon became so intense that it ended up destroying the very civilization it had given rise to. Sandweiss finds evidence of this in the gutters of rainwater and mud that appear in the architecture of more recent pyramids. These measures, however, were not enough to stop the destructive force of El Niño. Indeed, rainfall is but one of the negative consequences of this phenomenon: fires, epidemics, and lack of food are among the deadliest side effects.

It is common knowledge among fishermen in Peru and Ecuador that it may be difficult to make a good catch at around Christmas time. It appears that, every number of years, the ocean water heats up more than usual and the fish disappear. Since the event occurs very close to the time when Jesus was born, fishermen call it “El Niño,” meaning “the (Christ) Child” in Spanish (that’s why it is capitalized). Researchers studying this phenomenon also call it the Southern Oscillation. So, the most used term today is ENSO (El Niño-Southern Oscillation). This phenomenon occurs on average every two to seven years, typically between December and March, and it is not just about the appearance of unusually warm water off the American coastline but of a large-scale disruption of the ocean-atmosphere system. Even the south of the Iberian Peninsula is affected by this phenomenon. 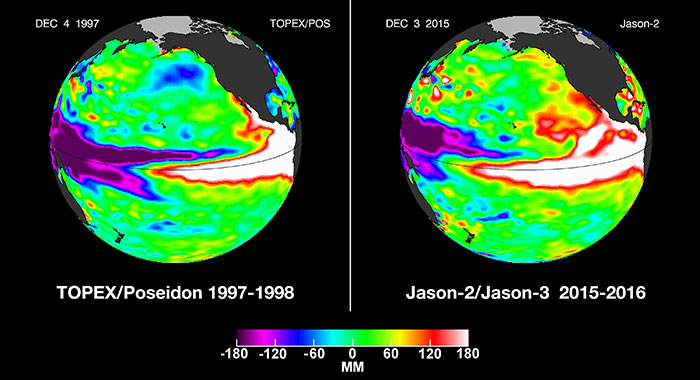 El Niño begins far away from Peru and Ecuador, right at the other end of the Pacific Ocean, at tropical latitudes near Australia and Indonesia. Under normal conditions (the so-called “non-El Niño conditions”) the trade winds pile up large quantities of water and heat in the western Pacific Ocean. Indeed, these easterly winds head from the east to the west. That’s why the sea surface is about half a meter higher in Indonesia than it is in Peru. Also, in the eastern Pacific, along the American coastline, a phenomenon called upwelling occurs. With this phenomenon, the combined actions of the wind and the Earth’s rotation cause deep, cold ocean water to rise to the ocean surface.

The combined action of trade winds and upwelling explains the difference in sea surface temperature between Peru and Indonesia of up to 8 degrees. The warmer waters off the coast of Asia make the air rise, facilitating the formation of clouds and therefore rainfall. In contrast, the American coast is relatively dry.

When the ocean and the atmosphere dance together

El Niño disrupts these “normal” conditions considerably. Suddenly, a difference in atmospheric pressure causes the trade winds to weaken or stop blowing, giving rise to the so-called “warm phase”. High temperatures move from west to east, reaching the American coast within six months. Meanwhile, temperatures on the coast of Asia cool considerably. The change in pressure also causes clouds and rainfall to move towards America. This set of processes is called the “Southern Oscillation” since it occurs periodically. 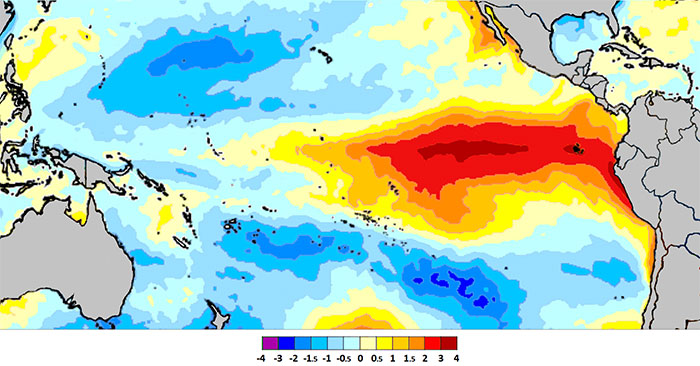 In America, the deep, cold water welling up from the bottom of the ocean is rich in nutrients. These nutrients are the source of food for marine ecosystems and also for humans, who in those areas are highly dependent on fishing. But El Niño warms the water and changes salinity, affecting marine ecosystems and even altering the presence of seabirds and the health of coral reefs. On the other hand, rainfall advances along the American coast and can cause floods and tropical storms. In 1991, a cholera epidemic broke out in Peru. The microbe that caused the disease was the same one that had been in Indonesia for years. According to many researchers, the disease would have crossed the ocean carried by plankton displaced by El Niño. The rise in temperature and the health problems connected to rainfall would have done the rest.

The consequences of El Niño are not better on the other side of the Pacific. The high frequency of monsoon rainfall can be linked with the Southern Oscillation. On the other hand, when the coast of Asia dries up due to El Niño, this can lead to droughts and devastating fires, such as those in Australia. In 1997 and 1998, the brush fires which affected Indonesia and the Amazon released large amounts of carbon dioxide into the atmosphere and reduced the green surface capable of transforming this gas into oxygen. El Niño disrupts atmospheric conditions on a global scale, affecting agriculture and water resources. According to the National Institute of Meteorology of Peru, this event is also associated with the drought that affects the south of the Iberian Peninsula and North Africa, causing up to 200 million euros in damage. 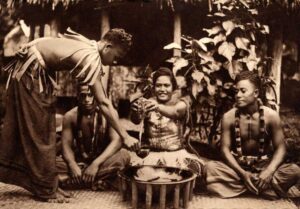 El Niño turns out to be a very naughty child. Still, it is a natural phenomenon that plays an important role in the Earth’s ecosystem. Without its ability to rebalance the temperatures of the Pacific, there would probably be even more serious problems. Also, fish, plants, and birds have adapted to this process over millennia.

Some researchers believe that it is thanks to El Niño that animals were able to colonize the islands of the central Pacific, which would have been impossible if the trade winds never shifted in intensity. Some others claim that thanks to the changing winds, the Polynesians were able to reach the islands near Tahiti.

“It is important to state that we do not know why El Niño starts: we do not have an explanation for this phenomenon,” says William S. Kessler, from the North American National Oceanic and Atmospheric Administration (NOAA). “In any case, we must remember that El Niño is a natural part of our climate system, in the same way as summer and winter are too.”.

There are some theories as to why this phenomenon appears in the Pacific and not in the Atlantic. The former has greater distances, and this means that a mass of warm water can accumulate in the west, something that does not occur in the Atlantic. Also, there are equatorial waves in the Pacific Ocean: slow movements of water that can transport temperature and currents over long distances. Recently, it has been suggested that global warming could influence El Niño. Unfortunately, there are too few El Niño events on which action has been taken and so we cannot say for sure whether global warming has disrupted it. Still, there may be a relationship between the two phenomena.